Heartache: Liberal democrats threatening not to vote in November for Obama 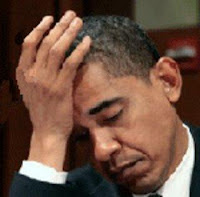 In spite of the fact Obama once belonged to a socialistic third party, liberals don't think he is liberal enough.


PROVIDENCE, R.I. (CBSDC/AP) — They are trying to be hopeful, but the Democratic Party’s most passionate voters are struggling to hide their frustration with President Barack Obama.

Republicans attack the president as a big-government liberal. Many liberals meeting Thursday at Netroots Nation — it describes the annual convention as “a giant family reunion for the left” — argue instead that Obama hasn’t fought hard enough for progressive priorities on taxes, health care and the economy.

Even more problematic for the president: With the election just five months away, some are threatening not to donate money or time or even vote in November for the man who overwhelmingly ignited their passions and captured their imaginations four years ago.

“I want to be happy with him,” said Democrat Kristine Vaughan, a 45-year-old school psychologist from Canton, Ohio. “But I am finding that he has succumbed to the corporate influence as much as everyone else. I think he has so much potential to break out of that, but overall he has been a disappointment.”