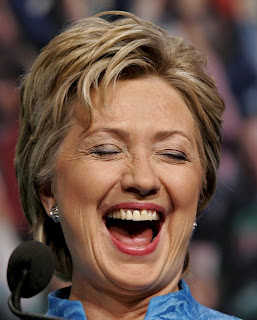 The first sign of friction in the Obama camp as Mrs Clinton demands - and gets - a purge of her critics before accepting Secretary of State role
By Leonard Doyle in Washington
Sunday, 23 November 2008

Before Hillary Clinton has been formally offered the job as Secretary of State, a purge of Barack Obama's top foreign policy team has begun....

What a load of bull shit.