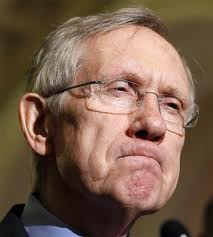 Democrats will never allow the border to be secured. They may pretend to agree, but is is a lie.


Senate Majority Leader Harry Reid indicated on Wednesday that he will not allow the Gang of Eight immigration bill to require stricter border security measures merely in order to attract Republican votes.

“Our goal now is to pass the strongest legislation possible with as many votes as possible while staying true to our principles,” Reid said.

A number of Republicans, led by Minority Whip John Cornyn (R-Texas), have said they may be able to support the bill if it includes a hard “trigger” of ensuring stronger border security metrics are in place before allowing undocumented immigrants to pursue a path to citizenship.

Sen. Chuck Schumer (D-N.Y.) hopes to round up more than 70 votes to put increasing pressure on the House to act on immigration. But Reid said he won’t go too far out on a limb to accommodate GOP concerns and rack up as many votes as possible.