Hollywood Moonbat Alert: Jennifer Lawrence claims, “If Donald Trump is president of the United States, it will be the end of the world." 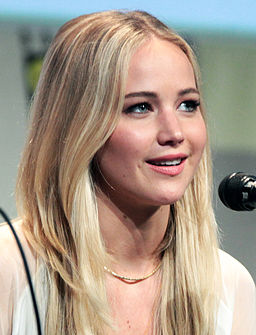 It's time for Jennifer Lawrence to return home and get in touch with the people in flyover country again.


Actress Jennifer Lawrence says she has trouble staying true to her Republican upbringing because of the GOP’s treatment of women.
“I was raised a Republican but I just can’t imagine supporting a party that doesn’t support women’s basic rights,” she told Vogue in an interview published Wednesday.
“It’s 2015 and gay people can get married and we think that we’ve come so far, so, yay! But have we? I don’t want to stay quiet about that stuff.”
The “Hunger Games” star slammed presidential front-runner Donald Trump, saying he will be a problem for Republicans.
“My view on the election is pretty cut-and-dried,” she said. “If Donald Trump is president of the United States, it will be the end of the world. And he’s also the best thing to happen to the Democrats ever.”
Keep reading…