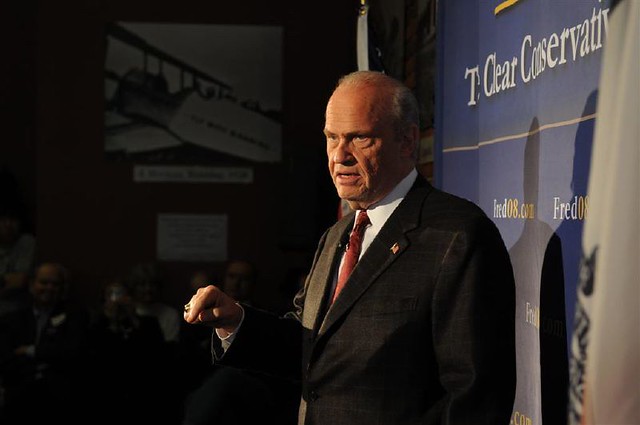 
Fred Thompson, a former U.S. senator from Tennessee, GOP presidential candidate, Watergate attorney and actor who starred on the television drama "Law and Order," died on Sunday in Nashville. He was 73.

Mr. Thompson died after a recurrence of lymphoma, according to a prepared statement issued by the Thompson family. Mr Thompson, who had recently purchased a house in Nashville to return to Tennessee, was first diagnosed with cancer in 2004.
"It is with a heavy heart and a deep sense of grief that we share the passing of our brother, husband, father, and grandfather who died peacefully in Nashville surrounded by his family," the Thompson family's statement reads.
"Fred once said that the experiences he had growing up in small-town Tennessee formed the prism through which he viewed the world and shaped the way he dealt with life," his family said. "Fred stood on principle and common sense, and had a deep love for and connection with the people across Tennessee whom he had the privilege to serve in the United States Senate. He enjoyed a hearty laugh, a strong handshake, a good cigar, and a healthy dose of humility. Fred was the same man on the floor of the Senate, the movie studio, or the town square of Lawrenceburg, his home."