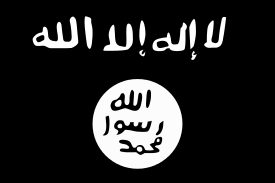 Moammar Gadhafi wasn't a nice guy, but he was better than ISIS. Hillary Clinton is partially responsible for his overthrow.


MISURATA, Libya — Iraqi commanders have been arriving from Syria, and the first public beheadings have started. The local radio stations no longer play music but instead extol the greatness of the Islamic State’s self-proclaimed caliph, Abu Bakr al-Baghdadi.
When the Libyan arm of the Islamic State first raised the group’s black flag over the coastal city of Surt almost one year ago, it was just a bunch of local militants trying to look tough.
Today Surt is an actively managed colony of the central Islamic State, crowded with foreign fighters from around the region, according to residents, local militia leaders and hostages recently released from the city’s main prison.
Keep on reading