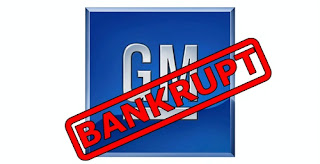 When pandering to his UAW union base, President Obama has revealed the morally corrupt level to which he is willing to stoop. According to Freep.com, the Obama administration is pressing secured creditors of GM to take a ten percent stake in the new company in exchange for $43 billion in secured bond debt. The UAW is being offered a 39% stake in the the new company for $10 billion of the $20 billion owed to the health care fund. The Government is planning on taking a 50% stake for forgiving $10 billion in TARP loans. Stockholders will get the other 1%. Where is the fairness in this deal? Why should the UAW and the Government get four or five times the stock in exchange for forgiving one fourth the debt of the bondholders? This is clearly a case of throwing the financial institutions, that risked their stockholders hard earned money, under the bus to prop up the extravagant benefit package of union members who enjoyed bloated wage and benefit packages for their entire careers. Normally, secured debt holders would own over 90% of a company after bankruptcy. Taxpayers were promised the TARP loans would be called and they would go to the front of the line to recover these loans in case of bankruptcy. Now, taxpayers are being asked to donate $10 billion in a wealth transfer to the UAW. Also, there will be severe repercussions in the credit markets. Who will loan money to America's large unionized companies if a judge allows this deal to stand? Lenders will realize they go to the back of the line with stockholders if there is a bankruptcy. They will not be willing to loan money to any large unionized company unless they have a stellar credit rating. Consequently, cash flow will become tighter and more companies may be forced into insolvency unless the Government intervenes with taxpayer money. President Obama is morally corrupt to propose a deal of this nature. Where is the fairness in asking people who pay for their own health care and must fund their own retirements to bailout someone who received bloated and extravagant wages and benefits their entire lives? Not only is this proposal unfair to bondholders and taxpayers, this deal would be unfair to Ford. Having to negotiate a contract with someone that owns 40% of one of their biggest competitors puts Ford at a severe competitive disadvantage.
Posted by Bluegrass Pundit at 5:55:00 PM

That was a lot of complaining (not that I disagree with you) without a counter solution. This is exactly what Democrats have been scoring points on lately. Obama won because he had a vision, and people could see it. People who didn't even like his vision got caught up in it anyway.

Steel Phoenix said...
"Obama won because he had a vision, and people could see it. People who didn't even like his vision got caught up in it anyway."

Looks like his vision includes nationalizing a lot of private industry. :(

Apparently the company and the government figured out that bankers can't build cars. I'll grant you that the government is demonstrating a measure of favor for the UAW. Given that many of the tragically disadvantaged bondholders are also the same financial institutions that have received a very good deal under TARP and Federal Reserve programs, maybe we could just consider this "fair and balanced."

"Given that many of the tragically disadvantaged bondholders are also the same financial institutions that have received a very good deal under TARP and Federal Reserve programs, maybe we could just consider this "fair and balanced.""

Thanks for stopping by. At first glance I thought this had some merit, but not after a closer look.

Financial Institutions certainly owe the taxpayer. However, they do not owe the greedy UAW or inept executives at GM. If the banks have $43 billion they don't need, they should return it to the Federal Treasury. I doubt all bondholders have received a TARP bailout anyway. It has been pointed out some of this $43 billion may be in someone else retirement fund. Then, we would be robbing from the middle class to pay the upper middle class.