If you ever wondered how so many politicians and alleged scientists could sign on for the anthropogenic global warming scam, just follow the money. The money started pouring into global warming research and technology during the early 1990's. Scientists are now getting hundreds of millions for research projects as long they push the global warming agenda along. Politicians are dumping money into global warming groups and projects. Then, they leave and take high paying jobs with the groups or companies their funding made possible.


(Washington Examiner)- George Soros — whom we’re always told is not serving his own economic interests at all by promoting liberal politicians and big-government policies — is launching a new investment fund that plans to profit off of the “green energy” boom, which is entirely dependent on government subsidies supported by the groups Soros funds....

The press release casually mentions whom Soros is hiring to run this new fund: Cathy Zoi. As Cadie Thompson at CNBC’s NetNet (edited by my brother John Carney), puts it, Zoi was Barack Obama’s “Acting Under Secretary for Energy and Assistant Secretary for Energy Efficiency and Renewable Energy.” An Al Gore acolyte, Zoi was Obama’s point-woman on subsidizing green tech. Now she’s going to work for George Soros to profit off of subsidized green tech. 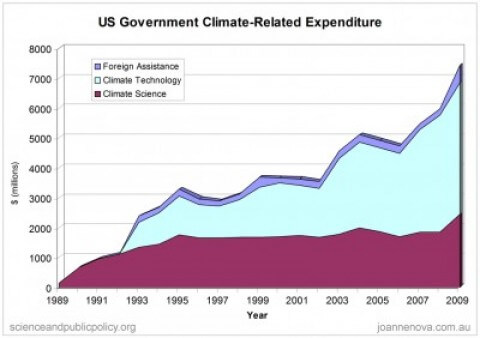 http://www.ihatethemedia.com/wp-content/uploads/global-warming-spending.jpg
Posted by Bluegrass Pundit at 6:01:00 AM

Green color is the color of islam and environmentalists. Televised images of Libya, included anti-Islamist groups bearing the tricolour Libyan King Idris time (before 1969).
It is on this colour that has made the GW tends to overrule the religion.
Attacks in Outlook?