Obama Finally Speaks out on Bloodbath in Libya, Fails to Condemn Gaddafi 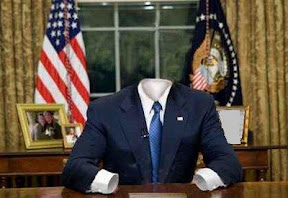 President Obama finally speaks out on the bloodshed in Libya, but he fails to condemn Gaddafi or call for his resignation.

(ABC News)- President Obama said the bloodshed in Libya was “outrageous and unacceptable,” but he declined to directly censure Libyan leader Col. Moammar Gadhafi who has been blamed for much of the violent crackdown.

“The suffering and bloodshed is outrageous and it is unacceptable, so are threats and orders to shoot peaceful protesters,” Obama said in his first televised remarks on the situation in Libya. “These actions violate international norms and every standard of common decency. This violence must stop.”


“This statement could have been put out by the first President Bush. It has the aspect of an Arabist statement. I shouldn’t be too strong here, but it doesn’t have any dignity. I mean – Ronald Reagan – to his credit, said ‘evil empire’ before the fall of the wall.”