North Korea Blows Their Money on Nukes and Missiles, Forced to Beg for Food Now 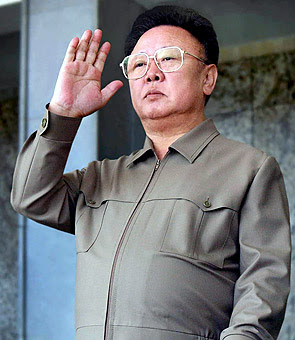 The "Dear Leader" doesn't look like he is starving.


TOKYO — North Korea recently took the unusual step of begging for food handouts from the foreign governments it usually threatens.

Plagued by floods, an outbreak of a livestock disease and a brutal winter, the government ordered its embassies and diplomatic offices around the world to seek help.

The request has put the United States and other Western countries in the uncomfortable position of having to decide whether to ignore the pleas of a starving country or pump food into a corrupt distribution system that often gives food to those who need it least.

The United States, which suspended its food aid to North Korea two years ago amid concerns about transparency... Read more here.

People have been starving in North Korea for years. Only now its the people at the top that are getting a little thin.

South Korean TV aired a clip of a young woman last year who was reported to later have starved to death. Homeless peasants were eating grass for crying out loud.