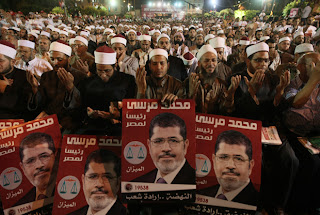 This is a big setback for those opposed to Islamic fundamentalism. I am not sure President Obama is in that group...

The head of the panel of judges, Farouq Sultan, said it had upheld some of the 466 complaints by the candidates, but that the election result still stood.