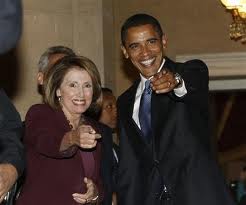 Nancy Pelosi views the Constitution and a really old piece of toilet paper...


House Minority Leader Nancy Pelosi, D-Calif., thinks that President Obama should unilaterally eliminate the debt ceiling, rather than negotiate with Congress to spend more money when the United States hits the debt ceiling later this year.

“I would like to see the Constitution used to protect the country’s full faith and credit, as the Constitution does,” Pelosi told reporters Wednesday. She was endorsing the idea that Obama should use the 14th Amendment — which states that “The validity of the public debt of the United States . . . shall not be questioned” — to circumvent House Republicans who want spending cuts in exchange for another debt ceiling hike.

“I think he should [declare the debt ceiling unconstitutional],” Pelosi said, though she wouldn’t predict Obama’s move. “I’m in a different branch of government. In the minority, in the House. What do I know about what the president’s going to do?”

Pelosi is in a different branch of government — the only one that has the authority to “borrow Money on the credit of the United States,” as Article 1, Section 8 of the Constitution establishes. And she is in the minority, which increases the likelihood that Obama will have to agree to spending cuts in order to get a debt-ceiling increase.