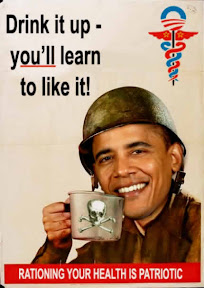 
WASHINGTON — The last thing House progressives want is for the Supreme Court to strike down President Barack Obama’s health care law. But if the high court rules Thursday that some or all of the law is unconstitutional, progressives are ready to renew their push for the model of health care they wanted all along: the single-payer option.

Ellison said all 75 members of the caucus have already signed onto a bill by Rep. John Conyers (D-Mich.) to create a single-payer, publicly financed, privately delivered universal health care program. The proposal would essentially build on and expand Medicare, under which all Americans would be guaranteed access to health care regardless of an ability to pay or pre-existing health conditions.

House progressives pushed hard for a single-payer option, such as the “Medicare for all” approach, during the health care reform debate in 2009. But House Democratic leaders couldn’t come up with the votes to pass the proposal... Keep on reading...