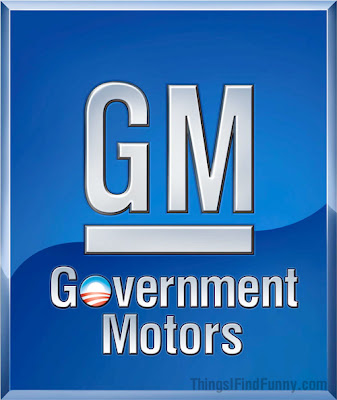 As if we needed another reason to not buy GM products...


The president of the GM Retirees Association, Jim Shepherd, sent a scathing letter last week to GM CEO, Dan Akerson. The letter was in response to General Motors' decision to modify pension plans for non-union retirees. Mr. Shepherd stated that the non-union retirees wanted to express their "absolute consternation and disgust" and described the move by GM as not being only unfair but, "it is sheer irresponsibility and greed."

So, on behalf of its many members, I now welcome the GM non-union retirees to the "Hosed by Government Motors Club." As I mentioned when I welcomed Canadian taxpayers to the club, members of the club include former GM

shareholders and bondholders, widows and other accident and asbestos litigants, owners of "Old" GM vehicles who did not have their vehicles' problems covered by "New" GM, Indian tribes and others who have had their lands polluted by Old GM, Delphi non-union retirees, non-union workers at shuttered GM dealerships and the American taxpayers. The club does not include politically-favored US unionized labor or legal firms enriched by the GM bankruptcy process which were awarded DOE contracts worth million of dollars in addition to the millions they already made in the GM bankruptcy.

You tax dollars are hard at work hosing anyone who isn't union.
Posted by Bluegrass Pundit at 6:27:00 PM

On Friday, June 1, General Motors released their plan to lessen their pension liability by a projected 26 billion dollars. This plan will offer some U.S. salaried retirees the option of a lump-sum payment, and other retirees a continuation of monthly pension payments. There are many factors involved in this choice, from initial eligibility to long-term consequences. Receiving the advice of a competent financial advisor is suggested during the decision-making process. The deadline for decisions is set for July 20, 2012. Visit http://gm-pension-buyout.com/?page_id=38 for more information on the General Motors (NYSE:GM) Pension Buyout plan and a free white paper.

If you retired from GM after October 1, 1997, you know that your pension option decision time is coming to a close. On June 1, General Motors announced their plan to lessen their pension liability by approximately 26 billion dollars. This leaves you with the power to choose between a one-time lump-sum payment, continuing with your current monthly payment, or taking a new form of monthly benefit. You need to decide which option you'll go with by July 20, 2012. Before you do, it's important to understand the complexity of each and every option so that you can choose which is best for you. You can watch this informative video which outlines the three available options by following this link: http://youtu.be/32ZRne7AoTQ. Additionally, it's highly encouraged that you seek the advice of a seasoned financial planner.