It's time to cut foreign aid to Egypt to $0 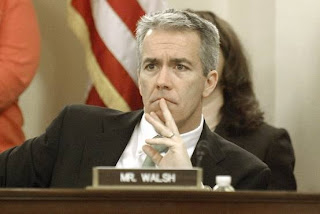 
Rep. Joe Walsh (R., Ill.) is calling for the U.S. to ax foreign aid to Egypt in light of a recent election that put in power a new Muslim Brotherhood-backed president who said that he is reassessing the country’s peace treaty with Israel and considering increasing ties to Iran.

“The sole purpose for providing Egypt with over $2 billion dollars a year in U.S taxpayer dollars was to maintain the peace treaty with Israel and promote stability in the region,” Walsh said in a statement provided to the Free Beacon. “With the Muslim brotherhood now calling on closer ties to Iran and a redo of the peace treaty with Israel, I see no reason to send one more dollar of U.S aid to Egypt. Every dollar wasted propping up this new government is a dollar wasted that should be going to paying down our debt or providing tax relief to struggling American families.”

Egypt should not be rewarded with taxpayer money for threatening to cut ties with Israel, Walsh said. As Americans struggle in a stagnating economy, the U.S. should only be funding those countries that will uphold U.S. values abroad. More here...