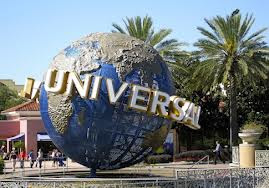 I wonder how many of these part-time workers voted for Obama?


Universal Orlando plans to stop offering medical insurance to part-time employees beginning next year, a move the resort says has been forced by the federal government's health-care overhaul.

The giant theme-park resort, which generates more than $1 billion in annual revenue, began informing employees this month that it will offer health-insurance to part-timers "only until December 31, 2013."

The reason: Universal currently offers part-time workers a limited insurance plan that has low premiums but also caps the payout of benefits. For instance, Universal's plan costs about $18 a week for employee-only coverage but covers only a maximum of $5,000 a year toward hospital stays. There are similar caps for other services.

Those types of insurance plans — sometimes referred to as "mini-med" plans — will no longer be permitted under the federal Affordable Care Act. Beginning in 2014, the law will prohibit insurance plans that impose annual monetary limits on essential medical care such, as hospitalization, or on overall spending.