Here is why Lois Lerner losing 2 years worth of email smells fishy! 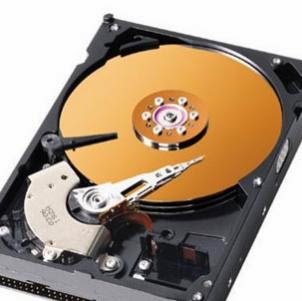 We have been told Lois Lerner lost 2 years worth of emails due to a crash of her hard drive. We were told the disc had bad sectors and the data could not be recovered.


According to documents provided by the IRS, Lerner was archiving her e-mails on her local hard drive, which developed fatal problems (bad sectors) in the middle of June 2011. The data proved unrecoverable despite heroic efforts on the part of the IT staff.

Let's delve into this a little deeper. Exactly what is a hard disc sector?


In computer disk storage, a sector is a subdivision of a track on a magnetic disk or optical disc. Each sector stores a fixed amount of user-accessible data, traditionally 512 bytes for hard drives and 2048 bytes for CD-ROMs and DVD-ROMs. Newer hard drives use 4096-byte (4 KB) sectors, known as the Advanced Format.

A sector is about 4 kilobytes.  I checked my email and small text only emails were 2 to 5  kilobytes. large emails or ones with attachments ran into the megabytes. So, if learner lost 1 sector, it would be about 1 small email. This is assuming Lerner had a very modern computer. If it was older, it would take more, about 8 sectors, to store an email.  How many emails did Lerner lose?


We don't know exactly how many are missing because a) they are missing and b) the IRS has managed to retrieve 24,000 of the lost emails by searching through the accounts of dozens of other IRS employees who could have been included in those emails.
Overall, the IRS has turned over 750,000 pages of documents in the investigation, including 67,000 emails.

It would appear that Lois Lerner was a prolific email user. If they lost as many as they recovered (24,000), then Lerner's hard drive would have had to have had as many as 48,000 bad sectors to store the lost emails (both lost and recovered) and this is assuming they are small emails without any attachments and all the bad sectors would have to be in the locations her emails were stored. If they were larger file sizes, the number of bad sectors needed to destroy that many emails rises dramatically. Of course all hard drives, even new ones,  likely have some bad sectors. Windows stops writing to them after they are identified.


When your computer notices a bad sector, it marks that sector as bad and ignores it in the future. The sector will be reallocated, so reads and writes to that sector will go elsewhere. This will show up as “Reallocated Sectors” inhard drive S.M.A.R.T. analysis tools like CrystalDiskInfo. If you had important data in that sector, however, it may be lost — possibly corrupting one or more files.

In order for Lerner to have lost two years of email, there would have had to be severe sudden damage to a large section of Lerner's hard drive because files are not stored in a linear manner on disc.


Each partition is either swap space (used to implement virtual memory) or a file system used to hold files. Swap-space partitions are just treated as a linear sequence of blocks. File systems, on the other hand, need a way to map file names to sequences of disk blocks. Because files grow, shrink, and change over time, a file's data blocks will not be a linear sequence but may be scattered all over its partition (from wherever the operating system can find a free block when it needs one). This scattering effect is called fragmentation.

If the IRS claimed they lost a few of Lerner's emails due to disc errors, we might believe that, but two years worth doesn't seem very credible.  I smell fish.
Posted by Bluegrass Pundit at 1:01:00 PM