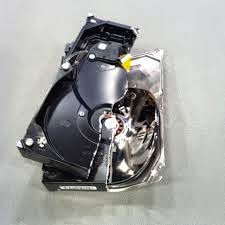 Lois Lerner was required to print copies of her emails and permanently store them. Where are the copies?


Ex-IRS official Lois Lerner’s crashed hard drive has been recycled, making it likely the lost emails of the lightening rod in the tea party targeting controversy will never be found, according to multiple sources.“We’ve been informed that the hard drive has been thrown away,” Sen. Orrin Hatch of Utah, the top Republican on the Finance Committee, said in a brief hallway interview.It may just be standard government procedure, but the revelation is significant because some lawmakers and observers thought there was a way that tech experts could revive Lerner’s emails after they were washed away in a computer crash in the summer of 2011. House Oversight and Government Reform Committee Chairman Darrell Issa (R-Calif.), for example, subpoenaed her damaged hard drive earlier this week, when he asked for “all hard drives, external drives, thumb drives and computers” and “all electronic communication devices the IRS issued to Lois G. Lerner.”