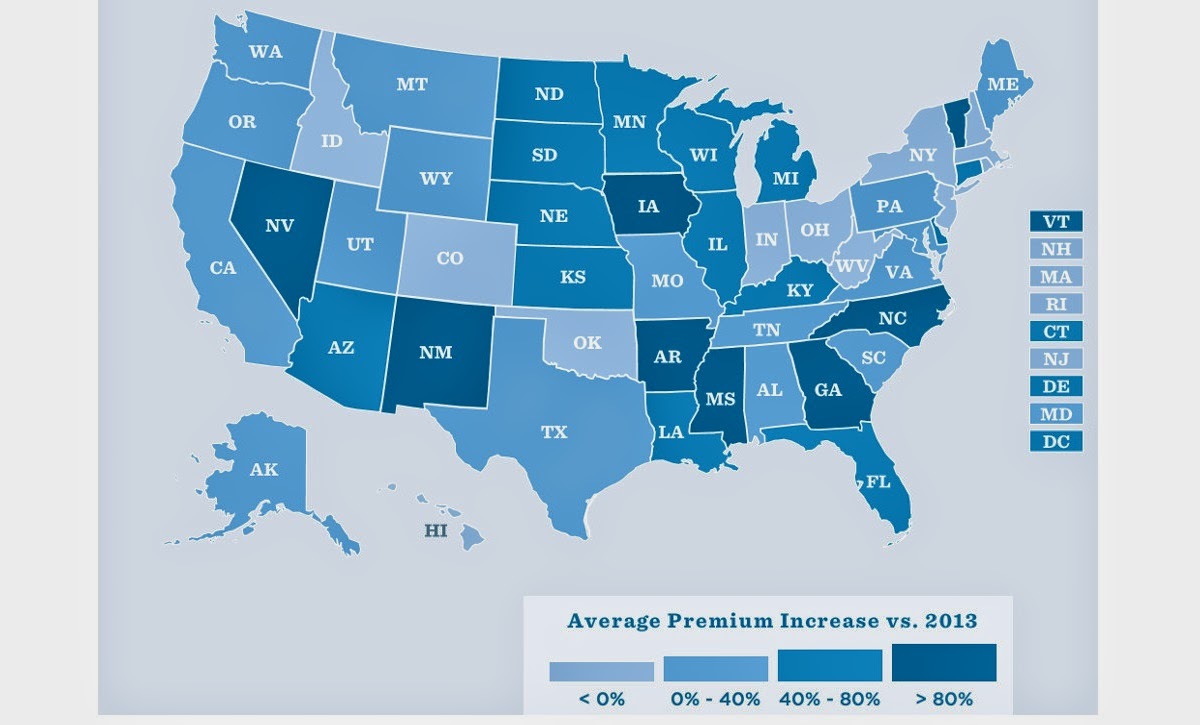 Women fared slightly better; their premiums “only” went up in 82 percent of all counties: 2,562 out of 3,137. That’s because Obamacare bars insurers from charging different rates to men and women; prior to Obamacare, only 11 states did so. Because women tend to consume more health care than men, the end result of the Obamacare regulation is that men fare somewhat worse.
Relative to men, the average rate increase for women was less extreme: 44 percent for 27-year-olds; 23 percent for 40-year-olds; 42 percent for 64-year-olds. Read it all...