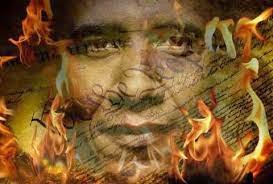 Barack Obama is the most lawless president ever. There are 40 laws he is ignoring. It's not because he thinks they are all unconstitutional. He went to the Supreme Court to argue one of them was constitutional and won. It's past time to impeach Obama. Sadly, Boehnor lacks the cohones...

The South Dakota Republican Party state convention passed a resolution calling for the impeachment of President Barack Obama Saturday.
The resolution says Obama has "violated his oath of office in numerous ways." It specifically cites the release of five Taliban combatants in a trade for captive U.S. soldier Bowe Bergdahl, Obama's statement that people could keep insurance companies, and recent EPA regulations on power plants.
"Therefore, be it resolved that the South Dakota Republican Party calls on our U.S. Representatives to initiate impeachment proceedings against the president of the United States," the resolution reads.
Posted by Bluegrass Pundit at 5:52:00 AM