Not Likely: Democrats Plan To Twitter To Victory in 2012 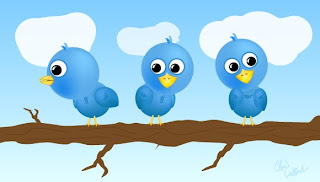 Democrats think they have a secret weapon in 2012. It's Twitter! Don't they know how many Conservatives are on Twitter now?


(Roll Call)- Democrats are hoping they’ve found a secret weapon for winning back the House in 2012: Twitter.

House Democrats say that while they may be outnumbered, they stand to come out ahead by becoming more savvy to social media to stay more directly connected to the public.

“We know that we’re up against a team of about 43 think tanks on the other side. ... But when you engage them in a good debate, they’re shallow. They have no other place to go except to keep saying the same things over and over again,” Rep. Mike Honda told attendees of the Democratic National Committee’s winter meeting in February.