Obvious: Obama’s campaign warns supporters that the president could lose his reelection bid 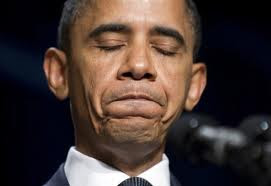 The affirmative action President is in serious trouble...


President Obama’s campaign warned supporters that the president could lose his reelection bid in an attempt to convince donors to contribute more money.

“We are not guaranteed to win this election,” Ann Marie Habershaw, chief operating officer for the campaign, wrote in the fundraising email. “If there’s anyone still out there acting like we have this thing in the bag, do me a favor and tell them they’re dead wrong.” Habershaw warned that Romney, who outraised Obama in May, would continue to build a warchest now that he is the Republican nominee.