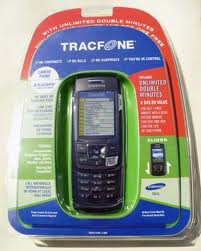 Crony capitalism at it's best...


A cellphone company whose top executive has close ties to President Obama lobbied for and won a piece of a major new government push to provide Internet service to low-income job-seekers, even though critics say the company’s smartphones are poorly suited to the task of helping those in the program find work.

The program’s supporters tout it as a way for the unemployed to learn technical skills, to prepare resumes and to search for jobs, but one of the 14 pilot contracts that the FCC awarded went to Miami-based TracFone Wireless Inc.

TracFone CEO F.J. Pollak has been a frequent White House visitor and his wife Abigail has raised hundreds of thousands of dollars for both Mr. Obama’s 2008 and 2012 campaigns.

And although TracFone had originally lobbied for the program, critics say its contract would not provide recipients with skills-boosting computers and services, but would supply high-end Android phones, ready to play games and browse Facebook but doing little in the way of getting a job.

Other companies selected to provide Internet service noted that merely allowing viewers to use apps such as Twitter and run simple Google searches on a small phone screen didn’t meet the spirit of the program’s intent, which included goals of “increasing digital literacy and use of the Internet [to] help bridge the skills gap [and] reduce job search discouragement.”

Email ThisBlogThis!Share to TwitterShare to FacebookShare to Pinterest
Labels: Obamaphone