Change: Illegals now flagging down Border Patrol to get a free ride into the United states 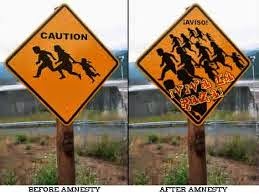 With the flood headed to out borders because of Obama's promise of defacto amnesty, the Border Patrol is going to need a big fleet of buses.


Illegal immigrants are reportedly signaling federal officials to detain them once they are near the U.S.-Mexico border, as Immigration and Customs Enforcement (ICE) officials have declared they may not pursue all illegal immigrants who do not show up for hearings after they enter the country.
According to the Los Angeles Times, Yoselin Ramos, an illegal immigrant from Guatemala who was with "20 other families with children," actually "had looked forward to being caught," telling the outlet that "at one point even waving down federal helicopters — because of the welcoming treatment they had assumed they would receive."
In their home countries south of the border, reports have been circulating that illegal immigrants, especially those with children, will be allowed to stay in the United States "indefinitely." Ramos said she decided to make the trek to the United States after hearing reports "that parents will not be detained in the U.S. if they arrive with a child."
The federal government has been sending illegal immigrants to states like Arizona and Oklahoma, and local officials do not even know where some of them are headed. And though illegal immigrants are required to show up to meet with local Immigration and Customs Enforcement (ICE) officials within 15 days, ICE officials told the Times that "they couldn't guarantee that they would pursue all cases in which immigrants do not show up for follow-up appointments, but would examine each case to determine priorities."