Actual Good News: “Jihadi John” Is On The Run... 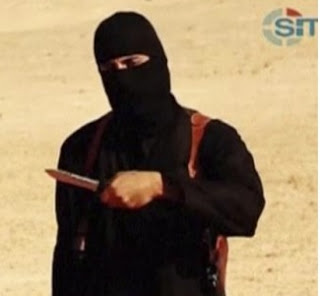 
Mohammad Emwazi, the ISIS terrorist known as “Jihadi John” responsible for multiple beheading executions is on the run, from none other than ISIS itself, the British tabloid The Mirror reported on Friday.
According to the report, Emwazi is terrified by the publicity after he was identified as the murderer of British and American hostages and fears being hunted down.
Emwazi is a Kuwaiti born Londoner who emigrated to Britain in 1988 at the age of six. He has murdered multiple foreign journalists, including two Americans, Steven Sotloff and James Foley.
A former ISIS translator told Sky News in March that Emwazi was then seen as the Islamic State group’s chief executioner and was both feared and respected in the organization.
But now, according to the report, Emwazi is believed to fear that his unmasking identification by the foreign media has “diminished his value as an ISIS killer and that jealous fellow jihadists might plot against him.”
Keep on reading…