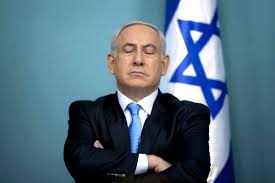 Israel has no choice now but to attack Iran and destroy their nuclear capability.


The Iran nuclear accord hammered out in Vienna between the world powers and Tehran is a “historic mistake” for the world, Prime Minister Benjamin Netanyahu said Tuesday.

Netanyahu's comments came at the start of a meeting with visiting Dutch Foreign Minister Bert Koenders.

Netanyahu, who said that he would relate to the details of the accord a a latter time, said that it is the result of wanting to reach an agreement “at any price.”

The prime minister said that the powers negotiating with Iran – the US, Russia, China, France, Britain and Germany – made far reaching concessions on the areas meant to prevent Iran from ever being able to obtain nuclear arms.