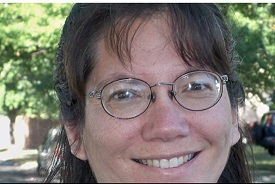 If anyone told me they were a professor of cultural studies, I would get suspicious of anything they said.


Just a few weeks after Rachel Dolezal transfixed the nation with her bogus claims to black heritage, yet another professor stands accused of falsely claiming a different racial identity to advance her career.
Andrea Smith, a professor of media and cultural studies at the University of California at Riverside, has started to draw attention in the wake of the Dolezal incident from those who say she has for years falsely claimed to have Cherokee blood. The case is arguably much more significant, though, because while Dolezal was a relatively undistinguished academic at Eastern Washington University, Smith is recognized as a significant scholar in her field. She routinely appears as a featured scholar at major events and has written books that were well-received by her colleagues (though others may question the broader worth of works like Conquest: Sexual Violence And American Indian Genocide).
Her career has largely been defined by her supposed American Indian identity. Besides her academic work, she also helped create the organization INCITE!, which describes itself as a collection of “radical feminists of color.” She’s also been active in the Indian group Women of All Red Nations (WARN).