Sheriff Joe Arpaio on investigation into Obama's social security number: " there could be a shock there somewhere that my guys came up with"

Arizona  Maricopa County Sheriff Joe Arpaio has convened a posse to investigate allegations President Obama is using a fraudulent social security number and forged birth certificate. He is playing his cards close to the vest, but he has strongly hinted there is a problem with the social security number.


Tuesday night, speaking to a tea-party group in Arizona, Arpaio said, "I can't tell you everything, but there could be a shock there somewhere that my guys came up with. I can't talk too much about it. It's in the process."...

The posse, assembled under the authority of Arpaio's office, consists of three former law enforcement officers and two retired attorneys with law enforcement experience. Members have been examining evidence since September concerning Obama's eligibility to be president under Article 2, Section 1 of the Constitution, which requires a president to be a natural-born citizen.

He referenced disputes over the Social Security number attributed to the president and said, "There are a couple of things you and nobody else here knows anything about yet that could be a little bit exciting." 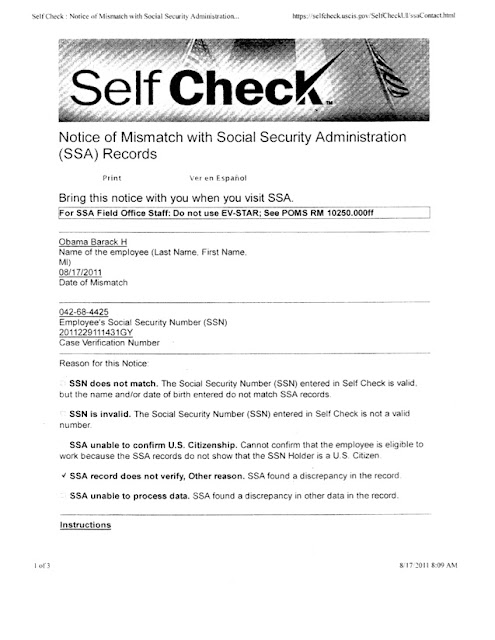