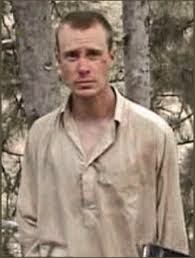 The claim the reason is security, but the real reason is they suspect  Bergdahl is a rat.


HAILEY, Idaho, June 4 (Reuters) – The hometown of U.S. Army Sergeant Bowe Bergdahl has canceled a rally planned for later this month celebrating his release from five years of Taliban captivity, a municipal official told Reuters on Wednesday, amid allegations that he was a deserter.
Heather Dawson, the city administrator of Hailey, Idaho, said town officials called off the June 28 event at the request of organizers because the town “will be unable to safely manage the number of people expected.”
The decision came as the small mountain community was coming under mounting pressure to cancel the rally amid rising anger over claims by some of Bergdahl’s former Army comrades that he had deliberately abandoned his post in Afghanistan