CBO: New Record Deficit of $1.5 Trillion Predicted for This Year 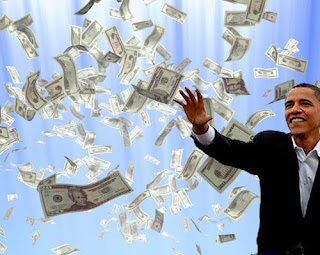 A trillion here, a trillion there and pretty soon it will be real money.

The daunting numbers mean that the government will have to borrow 40 cents for every dollar it spends.

The new Congressional Budget Office estimates will add fuel to a raging debate over cutting spending and looming legislation that’s required to allow the government to borrow more money as the national debt nears the $14.3 trillion cap set by law. Republicans controlling the House say there’s no way they’ll raise the limit without significant cuts in spending, starting with a government funding bill that will advance next month.

If you spent 40% more than you made every year, how long would it be before you had to go bankrupt?
Posted by Bluegrass Pundit at 8:23:00 PM

"A trillion here, a trillion there, pretty soon it will be real money."

No. Pretty soon it will be monopoly money.