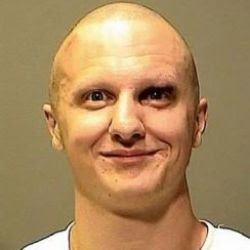 Congresswoman Giffords was shot in the head, six people died, 12 others were wounded and the entire nation has missed the point. Democrats jumped to blame Sarah Palin, Glenn Beck, Rush Limbaugh and the Tea Party. Republicans fired back and pointed out the shooter looked more like a left-winger than a right-winger. President Obama made a nice speech and called for civility. The mass media has been discussing the state of our nation's political discourse for days. A move is on to have Democrats and Republicans cross the aisle and sit with the opposition during President Obama's State of the Union speech. None of this has anything to do with the shooting in Tuscon. Other than the fact Rep. Giffords is a political figure, there doesn't seem to be anything political about the shooting. Jared Loughner appears to be a young man with serious mental health issues. If you have any doubt, just watch the YouTube videos of his anti-government Internet rants about the gold standard, grammar and mind control. People who knew Loughner were afraid he would shoot someone. The discussion we should be having as a nation isn't about civility, but how can we protect the public from the mentally ill without trampling on American's rights. If the root cause of the Tuscon shooting was mental illness, and it appears to be, all the civility in the world will not prevent recurrence of something similar in the future. What we need to be discussing is how did a young man was showing signs of mental instability and making numerous death threats slip through the cracks in our system? Why didn't Sheriff Clarence Dupnik and local authorities take stronger action? How can we change the law to facilitate a stronger response towards individuals making explicit death threats?The nation's debate needs to be switched from civility to mental illness. That is the only way we can hope to stop the next Jared Loughner.
Posted by Bluegrass Pundit at 5:10:00 AM

Did you guys pick up the latest Drudge Report photo?
http://www.drudgereport.com/

Thank you. Of all the articles I have read, this has been the one on point. This was not a political statement. This was a kid that lived with his parents, was never told no, and didn't get the help he needed. You see this from many white killers. Kids that feel so alienated from the world, because they aren't forced to do something with their lives. You want to stop this? Teach parents to stop coddling their children. My daughter's first year of college she cut more than she went. Fine. Normal. Right? Except we are not going to support a lazy bum. You shut off the 18/19yr old's cell, internet, take away car, they get it quick. Next thing you know she has a full time job, and signed and paid for her own T-mobile bill. Two months later, enrolled and paid for school. I assume if I would have just let her be a bum, she would have been.

Parents think that they don't have any right or "pull" after a child is 18. BS. They are still your family. You push, you shove, you don't coddle to the poor behavior.

However, the fact is. My views will never be taken seriously. Soccer moms will always nurse their boys until they pass them on to wives. I got lucky. My hubby of 20 years grew up quick after his mom passed at 12. I got to raise him from age 18. lol. Now he is a man, supporting me, support our adult child.

Thanks for letting me rant!