Rahm is back on the ballot 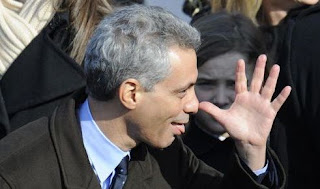 I predicted this here. It did happen faster than I had expected though.

(Chicago Sun Times)- The Illinois Supreme Court has ordered the Chicago Board of Election Commissioners to put Rahm Emanuel’s name back on the mayoral ballot, attorneys for Emanuel said Tuesday.

The court has not decided whether to hear Emanuel’s appeal of Monday’s Illinois Appellate Court ruling that tossed him out of the race to replace Mayor Daley. The Supreme Court granted Emanuel’s motion for a stay of the ruling, Emanuel attorney Mike Kasper said Tuesday.