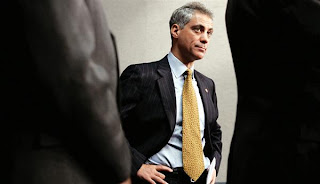 Chicago politics will prevail in the end and Rahm Emanuel will get back on the ballot.

The Illinois Appellate Court ruled 2-1 to overturn a Chicago Board of Elections decision to allow Rahm Emanuel on the mayoral ballot.