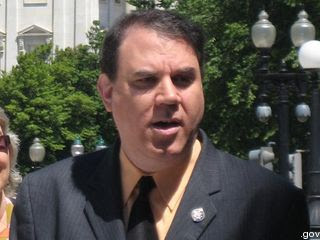 Calling Alan Grayson a slime-ball is unfair to slime-balls everywhere.

Grayson, a one-term Democrat who was ousted by Rep. Daniel Webster (R) by 18 points in November, is widely expected to run again in 2012. And while the note isn’t an explicit appeal for money, there is a “contribute” link at the bottom of the message.