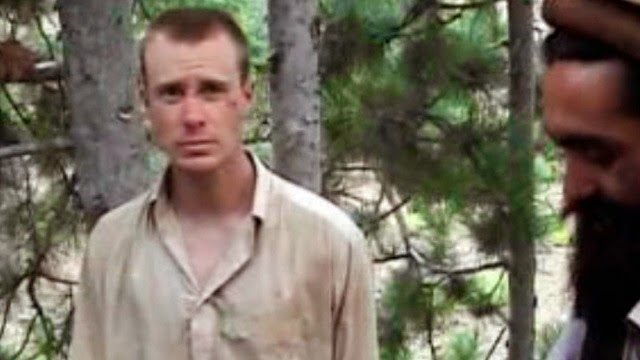 I am glad Mr. Bergdahl is free, but Obama is not above the law in spite of what he seems to think.


Amid jubilation Saturday over the release of U.S. Army Sgt. Bowe Bergdahl from captivity by the Taliban, senior Republicans on Capitol Hill said they were troubled by the means by which it was accomplished, which was a deal to release five Afghan detainees from the military prison in Guantanamo Bay, Cuba.
Top Republicans on the Senate and House armed services committees went so far as to accuse President Obama of having broken the law, which requires the administration to notify Congress before any transfers from Guantanamo are carried out.
“Trading five senior Taliban leaders from detention in Guantanamo Bay for Bergdahl’s release may have consequences for the rest of our forces and all Americans. Our terrorist adversaries now have a strong incentive to capture Americans. That incentive will put our forces in Afghanistan and around the world at even greater risk,” House Armed Services Committee Chairman Howard P. McKeon (R-Calif.) and the ranking Republican on the Senate Armed Services Committee, James M. Inhofe (Okla.), said in a joint statement.
Lawmakers were not notified of the Guantanamo detainees’ transfer until after it occurred.
The law requires the defense secretary to notify relevant congressional committees at least 30 days before making any transfers of prisoners, to explain the reason and to provide assurances that those released would not be in a position to reengage in activities that could threaten the United States or its interests.