Report: Sudanese woman sentenced to death for apostasy to be freed... 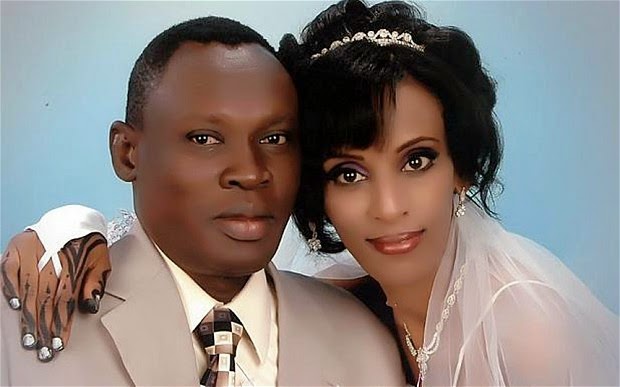 Meriam Ibrahim  should leave the Sudan immediately. Being freed and staying alive are not the same thin in the Sudan.


The Sudanese woman sentenced to death earlier this month after refusing to renounce her Christian faith will reportedly be freed in the next few days.
A foreign ministry official told the BBC that Meriam Ibrahim, 27, is guaranteed religious freedom in the country, despite a judge's earlier ruling that she should be hanged for apostasy.
Ibrahim gave birth to a girl early Tuesday at a prison clinic in Omdurman, near Khartoum, one of her attorneys told FoxNews.com by phone.
She also faces 100 lashes for adultery – for being intimate with her husband, Daniel Wani, who fled to the United States as a child to escape the civil war in southern Sudan, but later returned.