Good News: The NSA may be storing your picture... 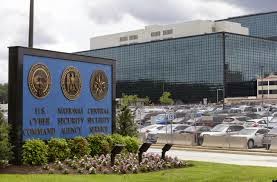 It not about catching terrorists, it's about control and it's dangerous in the wrong hands.


The National Security Agency is harvesting huge numbers of images of people from communications that it intercepts through its global surveillance operations for use in sophisticated facial recognition programs, according to top-secret documents.

The spy agency’s reliance on facial recognition technology has grown significantly over the last four years as the agency has turned to new software to exploit the flood of images included in emails, text messages, social media, videoconferences and other communications, the N.S.A. documents reveal. Agency officials believe that technological advances could revolutionize the way that the N.S.A. finds intelligence targets around the world, the documents show. The agency’s ambitions for this highly sensitive ability and the scale of its effort have not previously been disclosed.

The agency intercepts “millions of images per day” — including about 55,000 “facial recognition quality images” — which translate into “tremendous untapped potential,” according to 2011 documents obtained from the former agency contractor Edward J. Snowden. While once focused on written and oral communications, the N.S.A. now considers facial images, fingerprints and other identifiers just as important to its mission of tracking suspected terrorists and other intelligence targets, the documents show.