1 in 5 illegals caught by Border Patrol have criminal records... 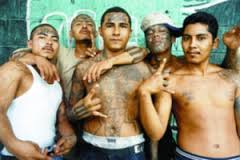 Does this mean 20% of all illegals in this country have criminal records?


All told, 91,000 criminal aliens caught by the Border Patrol were deported last year, he said, compared to about 486,000 total illegal immigrants caught — a ratio of about 1 in 5. Nearly half of the criminal aliens deported had aggravated felonies on their records, Mr. Judd said.
Some Democrats blamed border violence on U.S. gun laws, saying that Mexico’s laws are strict, but Mexican cartels are able to get high-powered weapons from the U.S. and smuggle them south.