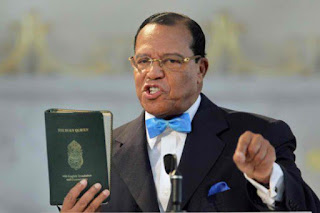 
ROSEMONT, Ill. (Christian Examiner) – Osama bin Laden was a “good man” who only decided to wage war against the United States after it broke its Cold War promises to rebuild Afghanistan once Russia was expelled from the country, Nation of Islam leader Louis Farrakhan said in an address to his followers, a handful of Muslims and several Jews Sunday.