Saudi Arabia doesn't want any refugees, but they did offer to build 200 mosques in Germany. 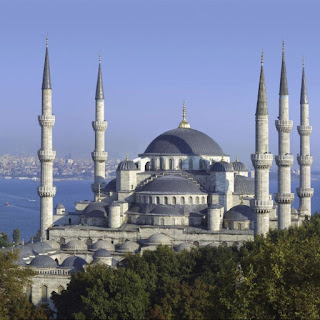 If Germany takes in hundreds of thousands of Muslim refugees, they are idiots.


Saudi Arabia has reportedly responded to the growing number of people fleeing the Middle East for western Europe – by offering to build 200 mosques in Germany.
Syria’s richer Gulf neighbours have been accused of not doing their fair share in the humanitarian crisis, with Bahrain, Kuwait, Qatar, Oman and the UAE also keeping their doors firmly shut to asylum-seekers.
According to the Frankfurter Allgemeine Zeitung, which quoted a report in the Lebanese newspaper Al Diyar, Saudi Arabia would build one mosque for every 100 refugees who entered Germany in extraordinary numbers last weekend.
Keep on reading…