Germany and France move to supporting Russia in Syria... 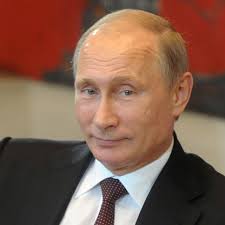 You can only draw so many fake red lines before everyone realizes you are full of sh*t.


Germany is surprisingly quitting the anti-Putin Alliance created by the United States: Germany now officially welcomes Moscow’s readiness to engage with Syria and launches an initiative to end the war with the Russians and the French.
Thus, the stream of refugees is to be stopped. Germany put thousands of soldiers on standby.
A spokesman of the Foreign Ministry also said Germany would welcome a greater engagement of Russia in the fight against the IS.
German Foreign Minister Frank-Walter Steinmeier even announced, with Russian Foreign Minister Lavrov and the French colleague Laurent Fabius, a push to start to end the civil war in Syria. Lavrov and Fabius are expected in Berlin on Saturday.
Keep on reading…