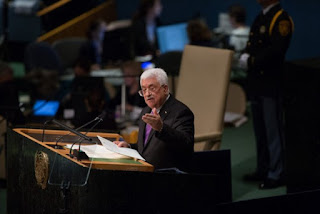 
Demonstrating a new level of tension with Israel, President Mahmoud Abbas of the Palestinian Authority declared Wednesday that it was no longer bound by the Oslo Accords that formed the basis for a two-state solution to the Israeli-Palestinian conflict.
In his annual General Assembly speech, Mr. Abbas accused Israel of having violated the accords and subsequent agreements. He asserted that there was no reason the Palestinians should remain faithful to them as long as the Israelis were not.
Keep on reading…