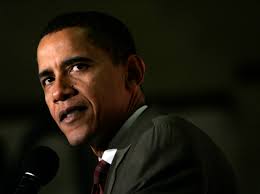 Unfortunately, the story is about how the internet allows people to keep stories like this one alive. They do discuss who is bringing the challenges, but they fail to explain any of the issues in any depth. This is small step forward for the bloggers that are keeping this story alive.

This is a story that won't go away.

Five weeks after the State of Hawaii vouched for the authenticity of President-elect Barack Obama's birth certificate, the controversy over allegations that Obama is not eligible to take office next month has reached the Supreme Court, which is expected to announce Monday whether it will consider the matter.

The fight is unusual because it thrives outside the so-called mainstream media, far beyond the oak-paneled offices of $700-an-hour lawyers and a world away from the 535 individuals whose surnames are preceded by Representative or Senator.

This is a different army at work, in an environment increasingly influenced by the Internet.


"It's only being mentioned by a relative few...

The press doesn't like the internet because it decreases their sales.

All of their utterances should be observed in that light.

Not all of us are some sort of kook, we just want to know why Obama won't produce his birth certificate in a court of law where it does matter. Instead, Posting something on the Internet where it doesn't matter at all. We all know that McCain complied with the courts over his birth cert. issue, just wondering why Obama chose to pay hundreds of thousands of dollars to lawyers to keep people from seeing his that's all...

I think the American people have a right from the constitution to see the Birth Certificate and Obama(constitutional lawyer) knows this so merely by his (Obama's) refusal to show the birth cert. brings a whole lot of doubt. My guess as to why? He isn't eligible...now that is the story really ... why?? why?? why?? why has it come to court cases for us to see it,, it is a requirement is it not? Tell me why...