It is OK to tell your kids there is a Santa 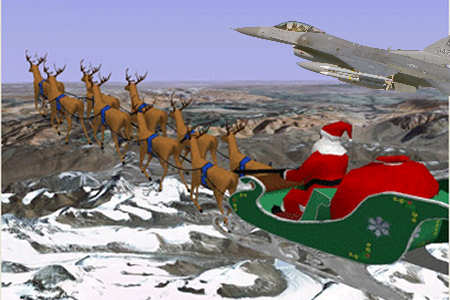 A new analysis shows there is no harm in telling your kids there is a Santa Claus. You do not have to feel guilty anymore. They will figure out it is a fable as they reach the age of reason. Learning there is no Santa is a rite of passage into adulthood. In the meantime, believing in Santa makes Christmas more exciting for children. I never got that excitement because my parents felt their religious beliefs did not allow for a belief in Santa.

Why Do We Believe in Santa?

ScienceDaily (Dec. 24, 2008) — Having kids believe there's a jolly man in a red suit who visits on Christmas Eve isn't detrimental, although some parents can feel they're outright lying to their children, according to a new analysis by Serge Larivée.

"When they learn the truth, children accept the rules of the game and even go along with their parents in having younger children believe in Santa," says Larivée, a psycho-education professor at the Université de Montréal. "It becomes a rite of passage in that they know they are no longer babies."

Larivée, along with colleague Carole Sénéchal from the University of Ottawa, examined a study from 1896 involving 1,500 children aged 7 to 13, which was repeated in 1979. More than 46 percent of children in 1896 and 44 percent in 1979 gradually found out on their own that Santa didn't exist.

The studies also analyzed the reaction of the children once they discovered the jolly old elf wasn't real. More than 22 percent in the 1896 study admitted to being disappointed compared with 39 percent in the 1979 study. But only 2 percent and 6 percent, respectively, felt betrayed. Full story here.

Email ThisBlogThis!Share to TwitterShare to FacebookShare to Pinterest
Labels: Christmas

Please don't steal my bandwidth by hotlinking your imgage to my site. You may use my image but you have to download it and host it yourself. I'll give you three days to do that before I block your hotlink. Thank you.