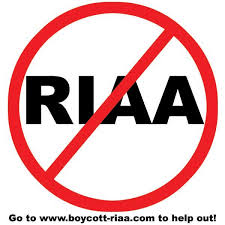 We have all read the stories of parents sued for hundreds of thousands of dollars because their teenage children file swapped music over the internet. In many cases, the parents were bullied into settlement, even though they may not have been guilty of anything. Over 35,000 individuals were sued for sharing music in violation of copyright law. The government should have ended this travesty a long time ago, but our political leaders are in the RIAA's pocket for campaign donations. This list includes Barack Obama. I wish I could tell you the RIAA had come to their senses and realized the unfairness of what they were doing, but I can't. They are stopping because it isn't profitable any more.

The group representing the U.S. recording industry said Friday it had abandoned its policy of suing people for sharing songs protected by copyright.

The Recording Industry Association of America said it instead would work with Internet service providers to cut abusers’ access if they ignored repeated warnings.

The move ends a program that saw the association sue about 35,000 people since 2003 for swapping songs online. Because of high legal costs for defenders, virtually all of those hit with lawsuits settled, on average, for around $3,500. The association’s legal costs, in the meantime, exceeded the settlement money it brought in.

The association said Friday it stopped sending out new lawsuits and warnings in August and then agreed with several leading U.S. Internet service providers, without naming which ones, to notify alleged illegal file-sharers and cut off service if they failed to stop. Full story here.