The United States of America is approaching bankruptcy 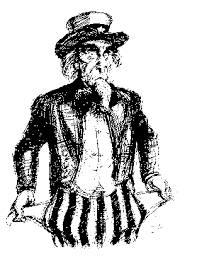 As hard is it is to believe, the US may have to default on it's debt. Public debt has grown by more than 100% with all the bailouts. We currently have a debt level 3 times what the European Union allows it's members. We are financially in far worse debt as a percent of GDP than Italy. Unfortunately, our Social Security Trust Fund is financed almost entirely by special bonds. Our government loaned themselves the money in the Trust Fund and spent it like drunken sailors at a strip club. We are left holding what may be worthless pieces of paper to guarantee our Social Security checks.

ASIA - UNITED STATES
U.S. debt approaches insolvency; Chinese currency reserves at risk
by Maurizio d'Orlando
In a few months, America's public debt has grown to more than 100% of GDP. Fear of a valuation crisis for the dollar, with tremendous consequences for Asian countries, major exporters to the United States.

Milan (AsiaNews) - In the United States, the danger of debt insolvency is growing, putting at risk the currency reserves of foreign countries, China chief among them. According to new figures published by Bloomberg in recent days (Nov. 25, 2008 [1]), the American government has employed a total of 8.549 trillion dollars to stop the financial crisis. This means a total of about 24-25.4 trillion dollars of direct or indirect public debt weighing on American taxpayers. The complete tally must also include the debt - about 5-6 trillion dollars - of Fannie Mae and Freddie Mac, which are now quasi-public companies, because 79.9% of their capital is controlled by a public entity, the Federal Housing Finance Agency, which manages them as a public conservatorship.

In 2007, public debt in the United States was 10.6 trillion dollars, compared to a GDP (gross domestic product) of 13.811 trillion dollars. Public debt in 2007 was therefore 76.75% of GDP. In just one year, direct and indirect public debt have grown to more than 100% of GDP, reaching 176.9% to 184.2%. These percentages exclude the debt guaranteed by policies underwritten by AIG, also nationalized, and liabilities for health spending (Medicaid and Medicare) and pensions (Social Security)[2]. By way of comparison, the Maastricht accords require member states of the European Union (EU) to reduce their public debt to no more than 60% of GDP. Again by way of comparison, in one of the EU countries with the largest public debt, Italy, public debt in 2007 was equal to 104% of GDP...