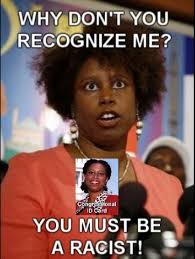 A boat load of lunatics tried to sail a private yacht into Gaza under the pretense of delivering medical supplies. They were turned back by the Israeli Navy. The boats collided during the encounter. However, the damage was light. Unfortunately, head Moonbat, former US Congresswoman Cynthia McKinney did not fall overboard during the encounter.

(IsraelNN.com) Free Gaza, a far-left organization offering support to the jihadist Hamas government in the Palestinian Authority, sent a ship on Monday to defy the Israeli sea blockade on Gaza. Despite the major IDF military operation underway, sixteen Free Gaza activists, including a former member of the US Congress, are on their way to the region.

The ship, a yacht, left from Cyprus this evening carrying Free Gaza supporters from Britain, Australia, Ireland, Cyprus and Tunisia, as well as former US Congresswoman Cynthia McKinney. Free Gaza spokesmen told the press before they set off that their ship is carrying three and a half tons of medical supplies, including antibiotics. The yacht is the sixth of its kind sent to Gaza by the organization in four months.

A Cypriot doctor on board the ship said that they are sending a message to PA residents that "they are not alone." McKinney said that she intends to call on American President-elect Barack Obama to condemn Israel's Operation "Cast Lead" against the jihadist regime in Gaza. Link here.
Posted by Bluegrass Pundit at 7:12:00 AM

nice job on this post and your blog. i enjoyed reading it.