The Constitution may bar Hillary from Secretary of State job 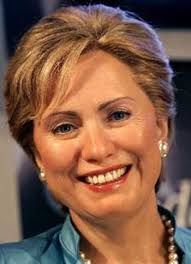 I can not comment on this issue from a legal standpoint. I do not think Republicans will challenge her on this issue. I must admit that I would rather have Hillary running the State Department than John Kerry. I think she would be more likely to stand tough than Kerry when national defense was at stake.

The biggest obstacle facing Hillary Clinton's Senate confirmation as President-elect Barack Obama's top diplomat may not be her husband's wheeling and dealing abroad for his foundation, as many suspected.

Instead, it could be the U.S. Constitution.

According to an emolument clause in the Constitution, no lawmaker can be appointed to any civil position that was created or received a wage increase during the lawmaker's time in office.

President Bush ordered Cabinet salaries raised to $191,300 from $186,600 by executive order early this year, while Clinton was senator.

"My understanding is that does prohibit her unless they can find some way around it and I gather that they have in the past," former Secretary of State Lawrence Eagleburger told FOX News.

"This isn't the first time this has come up," he said, referring to appointees of other presidents. "Maybe she has to renounce the salary increase but I'm sure they'll find a way around it."

The Obama transition team did not respond to a request for comment. Full story here.