Can we dump the ethanol in fuel now? 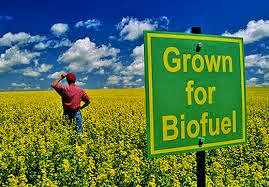 Even the IPCC admits it's mostly useless at reducing carbon emissions.


OK, can we please stop pretending biofuel made from corn is helping the planet and the environment? With huge subsidies for ethanol in gasoline, with all States now selling gasoline having some ethanol blend, and a general misconception that these biofuels are green, corn ethanol has taken on a $30 billion/yr life of its own.

The United Nations Intergovernmental Panel on Climate Change released two of its Working Group reports at the end of last month (WGI and WGIII), and their short discussion of biofuels has ignited a fierce debate as to whether they’re of any environmental benefit at all.

The IPCC was quite diplomatic in its discussion, saying “Biofuels have direct, fuel‐cycle GHG emissions that are typically 30–90% lower than those for gasoline or diesel fuels. However, since for some biofuels indirect emissions—including from land use change—can lead to greater total emissions than when using petroleum products, policy support needs to be considered on a case by case basis” (IPCC 2014 Chapter 8).

Email ThisBlogThis!Share to TwitterShare to FacebookShare to Pinterest
Labels: biofuel