US greenhouse gas emissions are down due to increased use of natural gas... 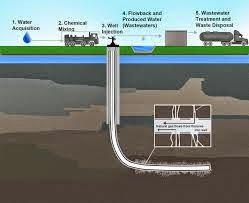 You can thank fracking which has increased the supply and decreased the cost of natural gas.


In 2012, total U.S. greenhouse gas emissions were 6,525.6 Tg or million metric tons CO2 Eq. Total U.S. emissions have increased by 4.7 percent from 1990 to 2012, and emissions decreased from 2011 to 2012 b 3.4 percent (227.4 Tg CO2 Eq.). The decrease from 2011 to 2012 was due to a decrease in the carbon intensity of fuels consumed to generate electricity due to a decrease in coal consumption, with increased natural gas consumption. Additionally, relatively mild winter conditions, especially in regions of the United States where electricity is an important heating fuel, resulted in an overall decrease in electricity demand in most sectors. Since 1990, U.S. emissions have increased at an average annual rate of 0.2 percent.